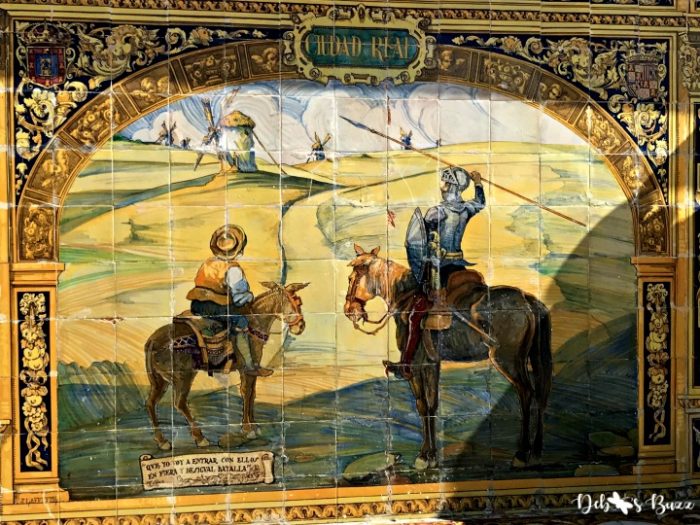 Today I’m taking you with me back to seductive Seville, the capital of southern Spain ‘s Andalusian region. 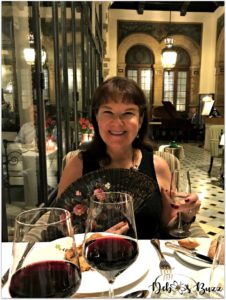 Last fall, my husband and I had a fabulous two-day stay there during See Spectacular Spain in September. I had originally planned to highlight each town or city we visited. So far, however, I’ve  only gotten around to posting, Remarkable Ronda Gorge.

Seville is known for its rich history, fabulous architecture and authentic culture that includes tapas tasting and Flamenco dancing. In additional to Seville’s historical core, are charming neighborhoods, bars, markets, and a riverfront to explore. Must-sees include the cathedral, the Plaza de Espana, and the Real (royal) Alcazar palace and gardens.

Before we can visit the Real Alcazar, I have to introduce you to seductive Seville in the way our visit there enfolded.

END_OF_DOCUMENT_TOKEN_TO_BE_REPLACED 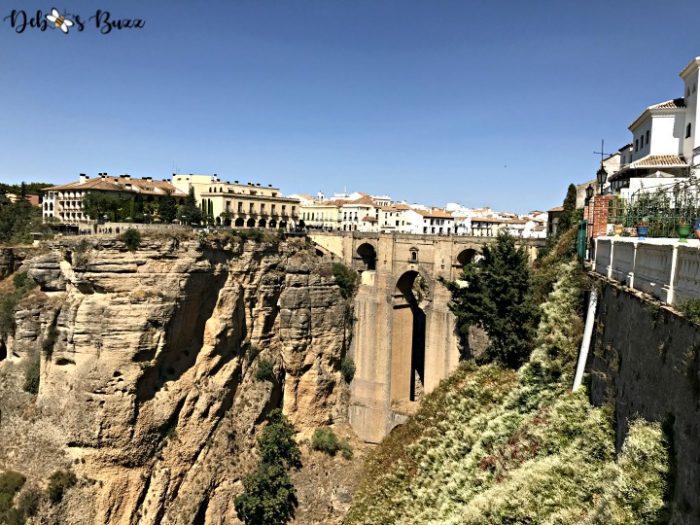 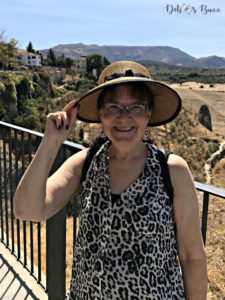 Often appearing on lists of not-to-be-missed Spanish towns, Ronda is described as one of the most beautiful and visited cities in all of Andalucía. And, despite arriving with high expectations, Ronda did not disappoint. The views took my breath away. And the strong breeze nearly took my hat too! END_OF_DOCUMENT_TOKEN_TO_BE_REPLACED 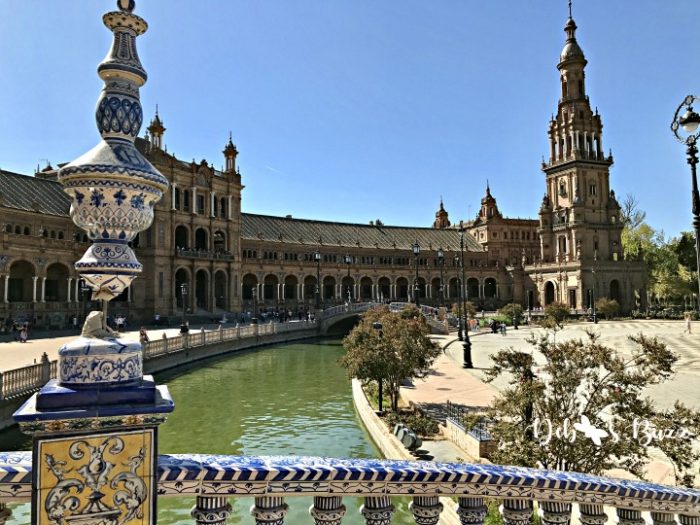 We visited exotic Spain as part of a Tauck eight-day tour last September; adding pre and post days in Barcelona and Madrid. 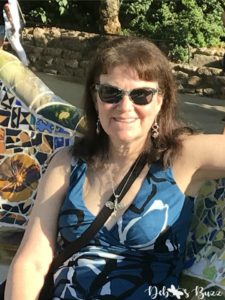 Hubby and I like to travel in September, primarily to avoid the crush of tourist crowds. For most locations, the weather is quite pleasant, rates are a little better, and we also get to celebrate our anniversary in style.

We decided to splurge on a luxury tour, because we liked the itinerary and  accommodations. It was especially nice having all the logistical details handled for us in a country where we didn’t speak the language.

Throughout Spain, we stayed in five-star hotels all ideally situated. Each local guide was exceptional, which added enormously to the travel experience. Transportation was seamless and pretty plush, with a bus driver who provided extraordinary service. And, though most of the couples in our group were a generation older, socializing with them enhanced the vacation.

Join me now on an overview of our trip to Spain, with major highlights of each destination.

END_OF_DOCUMENT_TOKEN_TO_BE_REPLACED

Cookies ensure the best experience on Debbee's Buzz. If you continue to use this site I assume that you are happy with it.OkNo