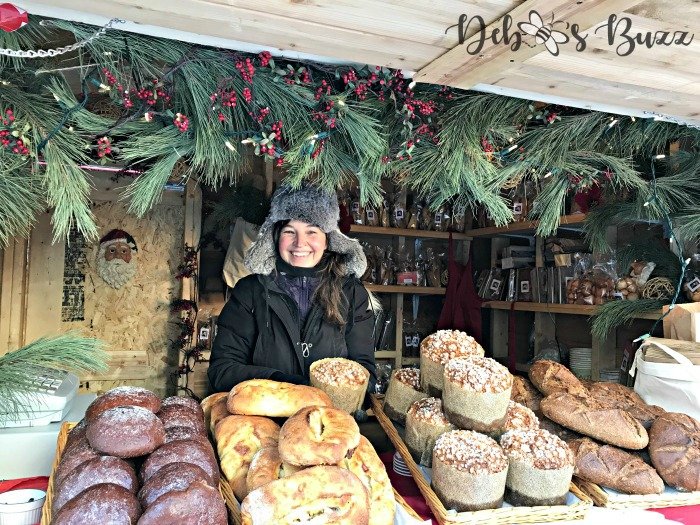 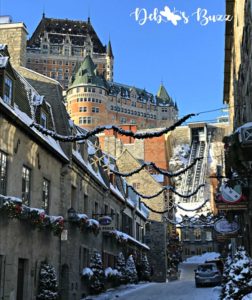 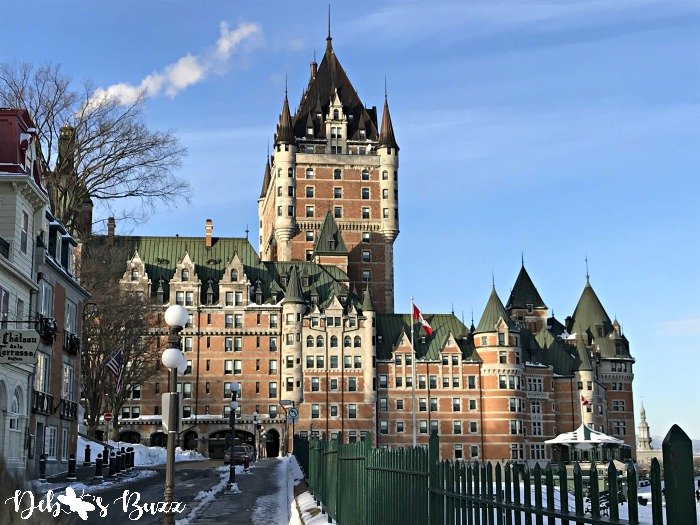 The first part of this post summarizes highlights of a three-part series on magical Quebec City during the holidays. Click on any photo to read and see much more. Each post includes many more photos, along with trip details on accommodations,  restaurants, and activities.

After arriving in the early afternoon, we headed out through deep snow for lunch at a charming cafe. While sitting next to a warm, glowing fire, we enjoyed hearing everyone else chatting in French. Pointing, pantomime, and a little of my high school French, rewarded us with a delicious, filling meal. 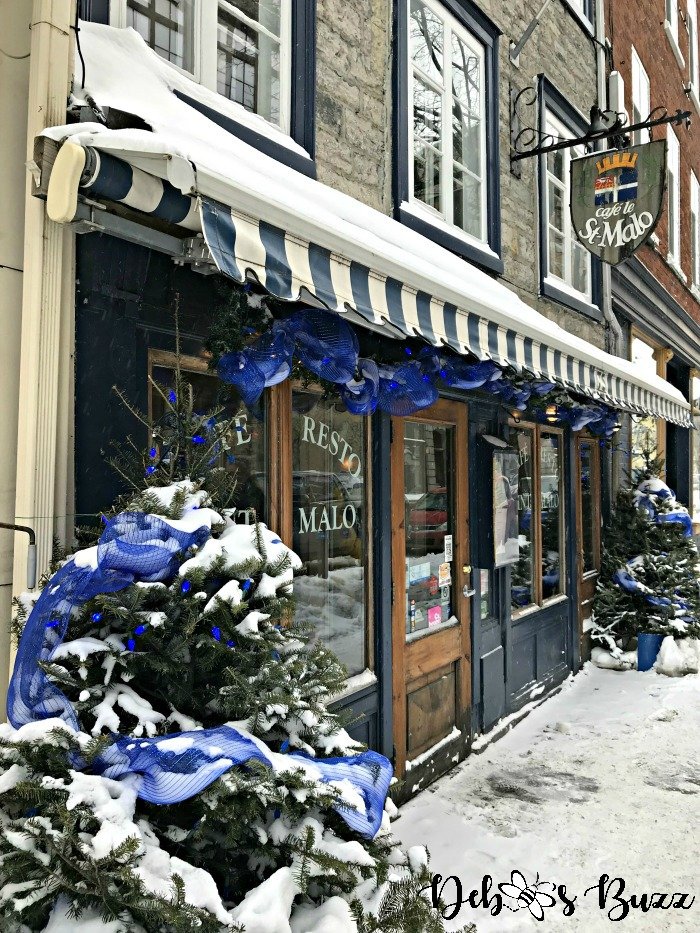 We spent the first afternoon settling in, exploring the many shops and enjoying a gourmet dinner at our lovely inn.

Afterwards, we headed out hand-in-hand to experience a picture-perfect Christmas Card from Old Quebec City. 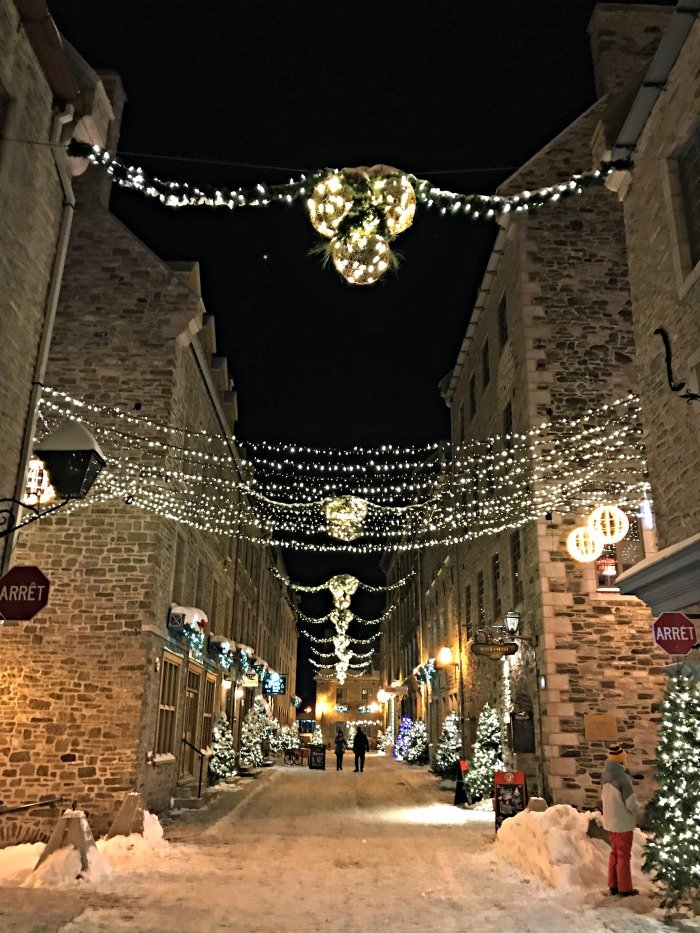 As darkness fell, lights twinkled everywhere under a blanket of snow.

There’s so much to see and experience when you Stroll Lower Quebec City During the Holidays. 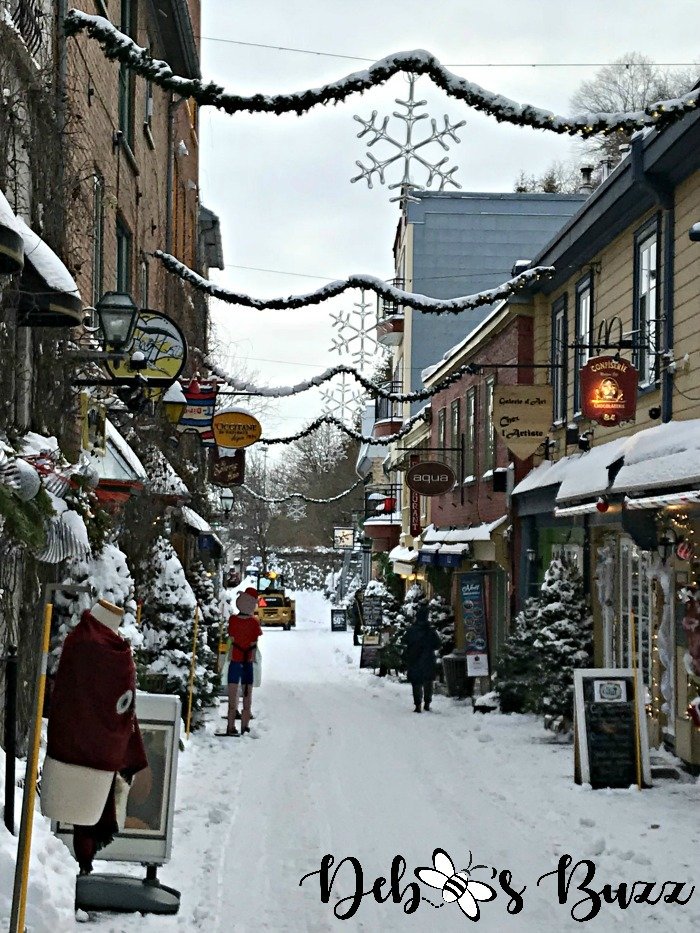 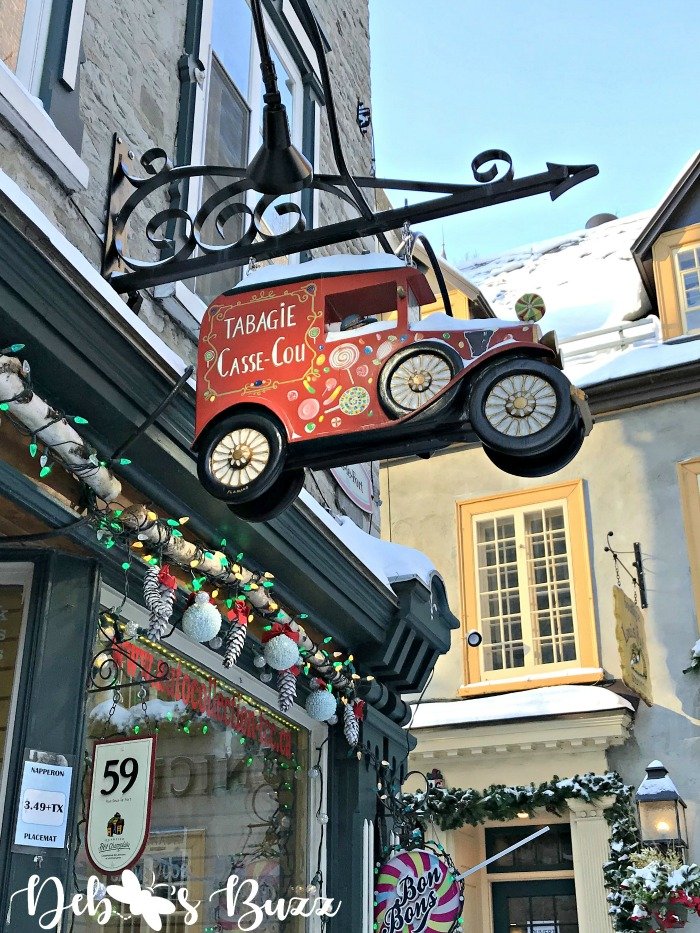 And, you can easily move between upper and lower Quebec City on a funicular with stunning views. The St. Lawrence Seaway and old port area lie below. 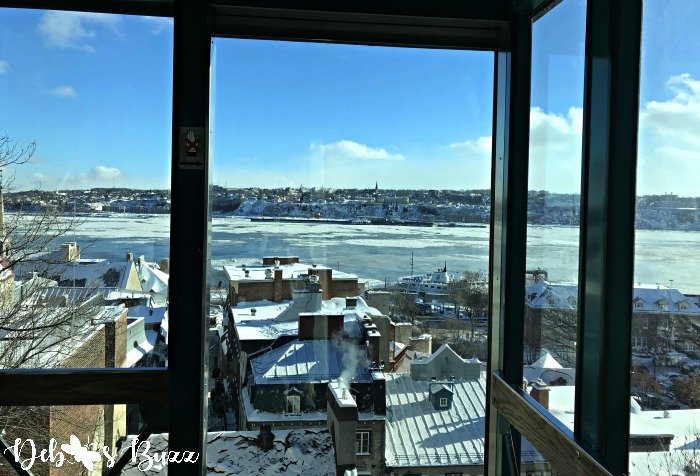 And, did I already mention all the charming, intimate taverns, bars, cafes and restaurants? We ate out three times a day and went for drinks before and after dinner. Not enough mealtimes to cover all the great dining establishments, LOL!

On our last full day, we decided to brave the elements and take part in activities like the locals. Right after breakfast, we headed to the funicular to Embrace the Season in Upper Quebec City.

First stop was a traditional German Christmas Market in the Upper City. It was very cold, but the winds had quieted down. Warm cider or hot chocolate by an open fire was just the thing. 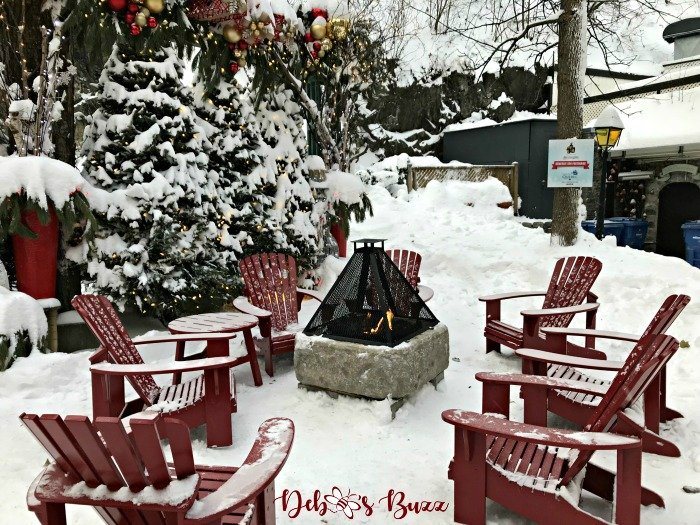 Fortified, we had a romantic skate to holiday music — in French. It was really fun! Neither of us fell once, even though it had been well over a decade since we’d been on skates. 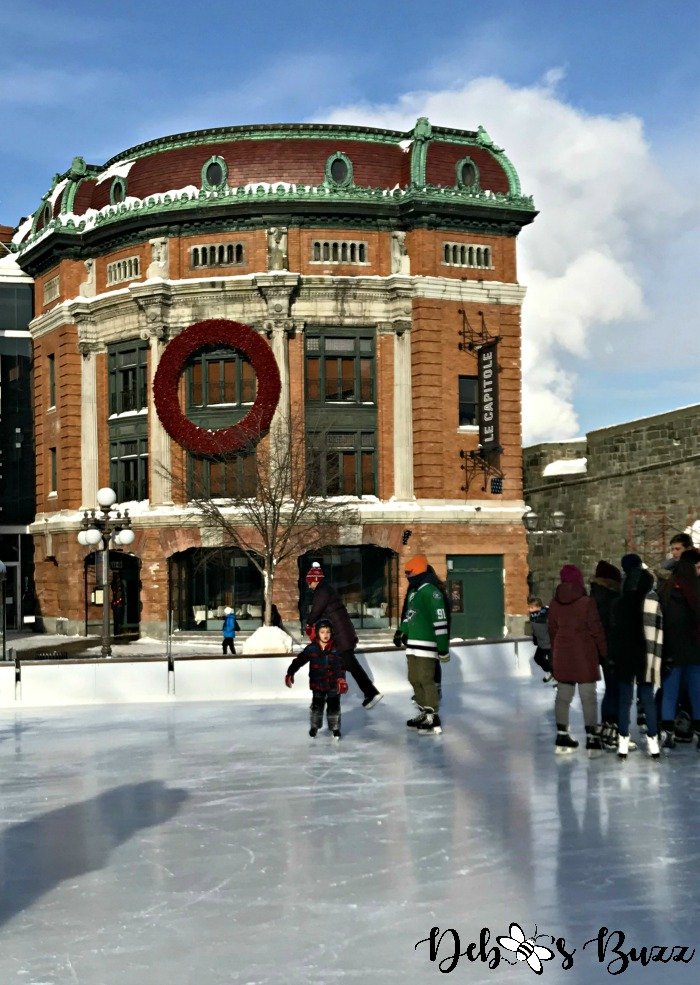 After another fabulous lunch in the oldest restaurant in the magical Quebec City, we decided to brave a toboggan ride. A three-lane run sits adjacent to the fairy tale Chateau Frontenac. It sits on the bluff, overlooking the seaway. 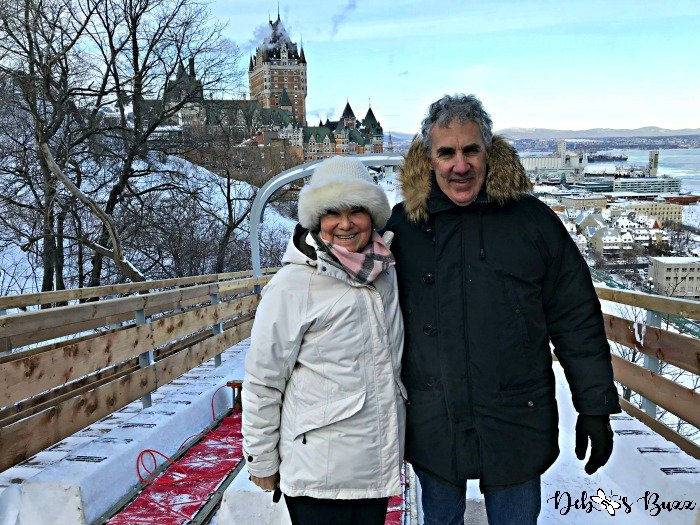 Then we walked the winding streets back down to the old port area and our hotel. Along the way, we stopped in at the French Christmas Market. 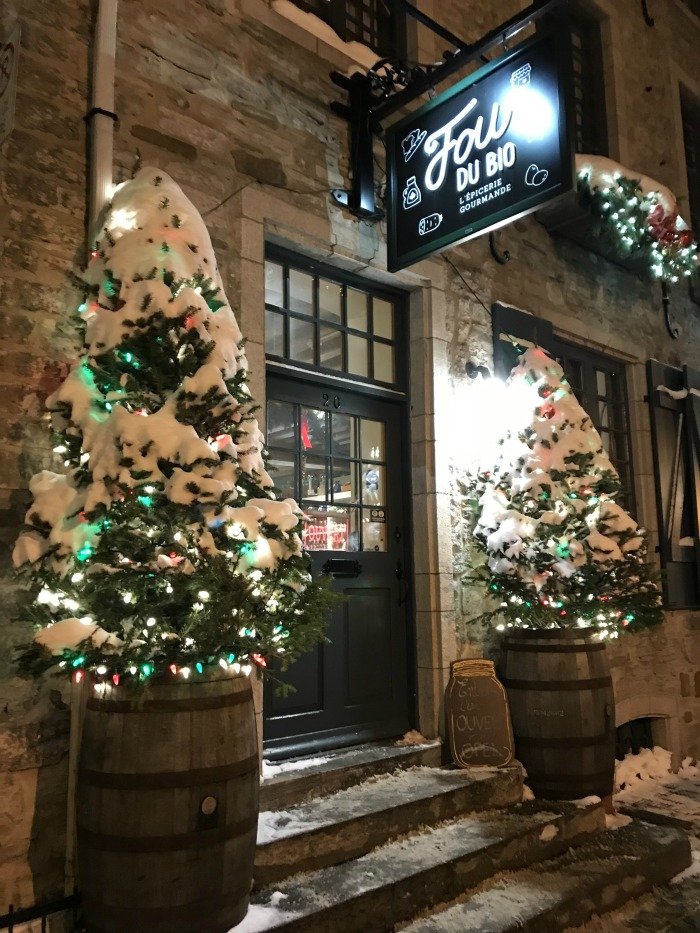 And yes, the evening featured yet another incredible meal and stroll through magical Quebec City. I hope you’ll consider taking the entire three-part, magical experience with me. You might even run into Pere Noel, ho, ho ho!

Next post will feature my kitchen decorated for the holidays — if I can get my act together! I’m still regrouping from a wonderful Thanksgiving spent at my sister’s place in Charleston. Still gotta deck the halls back home in Pittsburgh! 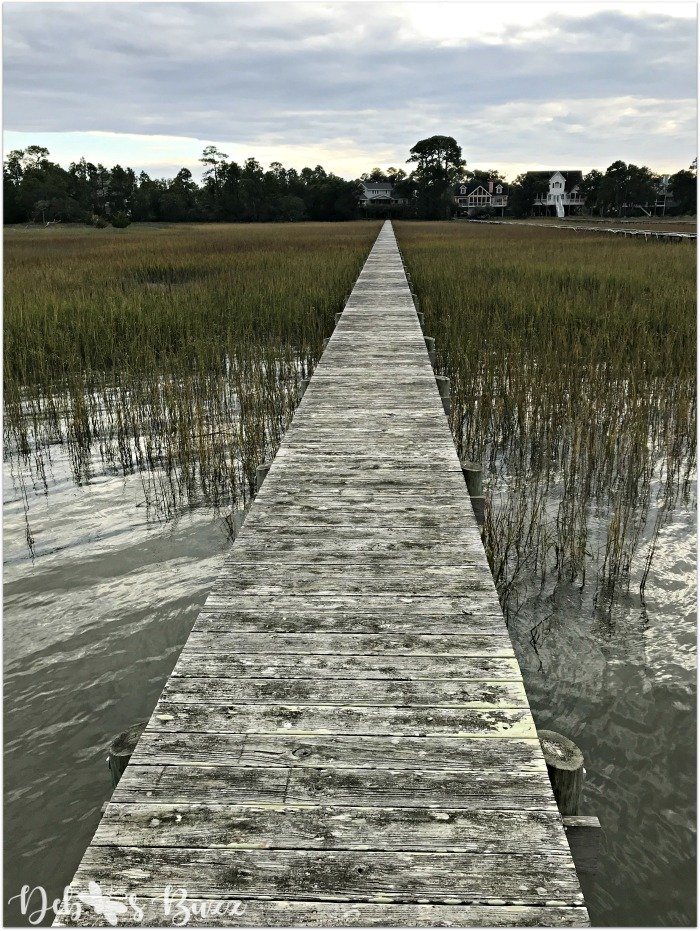 B and M knocked themselves out housing, feeding and entertaining us all. It was a lot warmer in Charleston, but overcast. We were able to take the boat out before strong winds arrived later in the week. An amazing experience was seeing ten different dolphins!

The morning of Thanksgiving, we all cheered on four family runners in the Turkey Trot 5K. 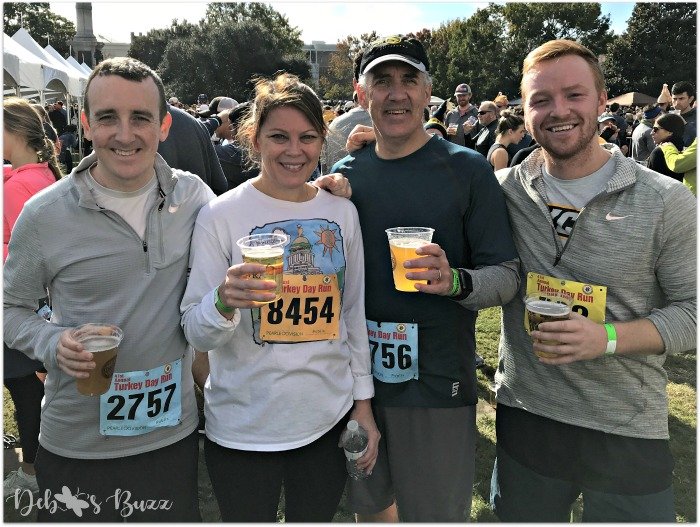 Then, everyone helped out with the Thanksgiving feast. My hubby baked pumpkin pies and son D made his iron-skillet brussels sprouts. Will it surprise you that one of my contributions was setting the tables? I wish I had taken pictures of some of the family heirlooms sis has — particularly the crystal and sterling.

There were also lots of different games played around the table throughout the holiday visit. We are four-generations of gamers! My oldest son always brings several new ones to try. 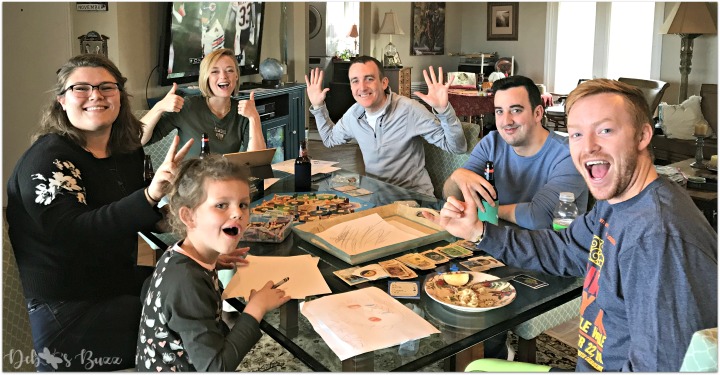 Part of my gift to my brother-in-law and his extended family was a genealogy discovery I’ve kept secret for months. It’s been killing me! After dinner, I finally sprang the surprise.

M and his brother (and all their kids, etc.) are descended from three of the original pilgrims who came over on the Mayflower! Not only did all three survive to celebrate the first Thanksgiving, but Elder William Brewster was their spiritual leader. His daughter married Thomas Prence, the man who became the first governor of the colony of Massachusetts. 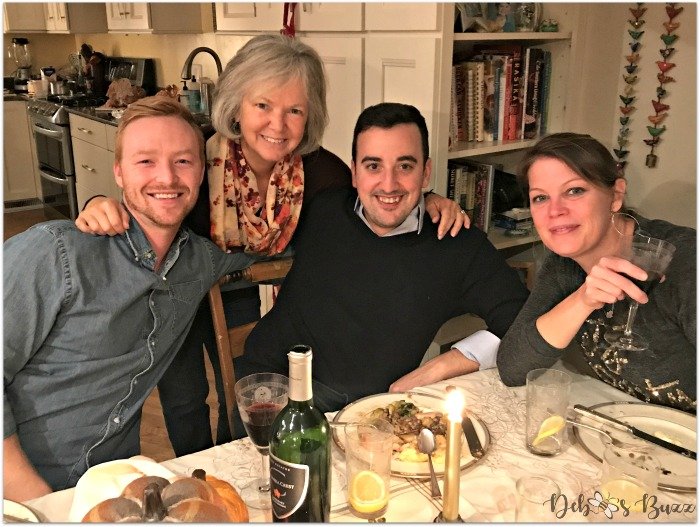 Not only that, but all four are also ancestors of my other brother-in-law and nephews! So both brother-in-laws are related back to the Mayflower. How cool is that?

Do you have  Mayflower connections in your family tree?

On Friday we went into Charleston to explore. There, we broke into groups to test our skills in a one-hour escape room. Each had a different theme. My team solved all the puzzles with just 30 seconds to spare! Whew. It was a blast.

Have you ever tried an escape room? It’s a great family group activity. 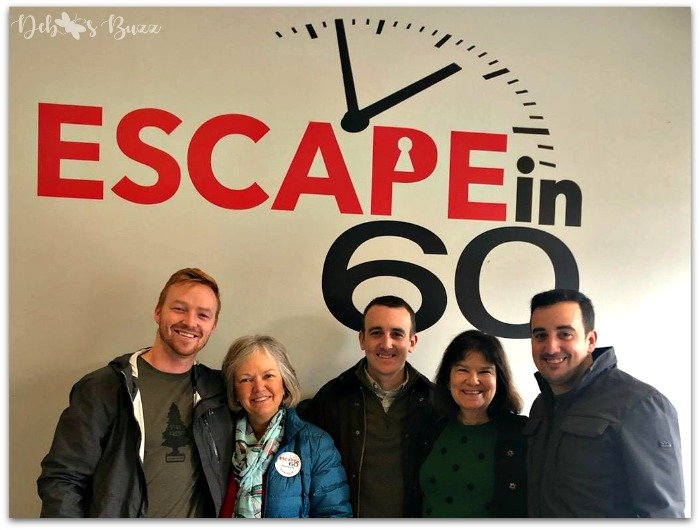 Afterwards, we stopped by the art gallery where my niece works. We even got to help bring home the family Christmas tree. Back home it was more group games and lots of fun.

I hope your Thanksgiving and upcoming Christmas are filled with family and fun. Do you travel for the holidays? 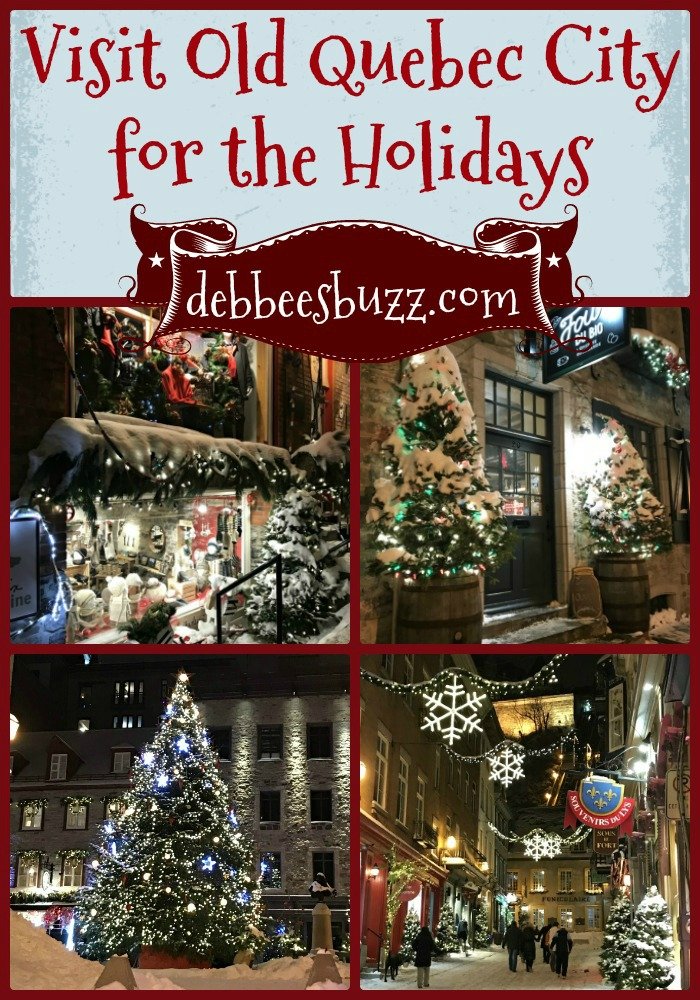